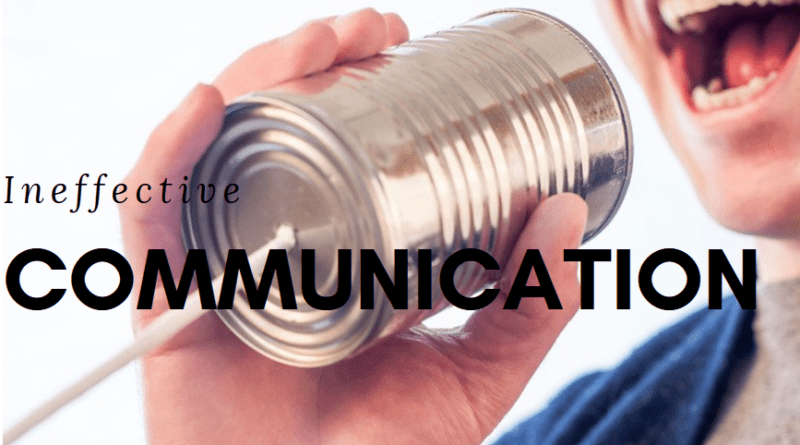 The impact of ineffective communications on working relationships and performance standards

Ineffective communication of goals, vision, and planning within the workplace can result in disengagement of a workforce and customers. This can lead to reduced productivity though a lack of connection, a lack of passion and even a lack of energy. In more severe cases, lack of engagement may also result in employees undermining managers or the company in general.

A lack of engagement can also effect factors outside of the company such an employee presenting themselves in an unsatisfactory manner to customers or openly criticizing the company to members of the public, clients and contractors.

If we consider the study cited above, effectively, 63 per cent of the UK’s workforce are unlikely to feel engaged with their organization which can only have a detrimental effect of the performance of those companies over the long term.

Mixed messages can occur within a business environment in various ways.

Body language can be a contributing cause of mixed messages. This is because people often do not perceive themselves as others do[2]. For example, someone struggling to hear a speaker may appear to someone else to be frowning at them. In contrast, a person who is smiling nervously whilst being reprimanded may appear to be behaving in a defiant matter, despite their intention being to the contrary. A misinterpretation of body language may result in an employee becoming unhappy, feeling undervalued or feeling as though they are being bullied; thus reducing an employee’s enthusiasm and possibly their overall productivity. In turn, this may result in an employee failing to aspire to the company’s goals and vision.

A failure to communicate information clearly or in a professional manner may result in instructions being misinterpreted and mistakes being made. The knock-on effect is that remedial action may have to be taken to correct the errors which in turn can reduce productivity, lead to a drop in performance levels and hinder cash-flow.

For example, in the event of a misunderstood safety policy, there may be risk of injury, loss of life, or legal action by statutory organisations such as the Health and Safety Executive.

Ineffective communications can result in tension between working relationships and lead to an erosion of trust. It may also result in conflict within the workplace.

Company goals and vision can be lost

Recent research by European Leaders found that 68% of employees questioned did not understand their company’s vision[3]. A failure to communicate properly with employees will result in them not fully understanding the company’s goals, and the company’s visions for the future. Without goals and without looking to the future, companies will ultimately fail to make the most of their resources and will expand much more slowly than the organisations true potential. An employee’s poor understanding of the company’s goals may also result in an employee becoming a deficient ambassador for the company.

Many projects within my organisation rely heavily on timelines being met and any miscommunication of the projects timelines can have both a financial impact and impact on the company’s reputation. In turn, this can lead to future tender opportunities being lost, pressure on cash-flow, stress on the labour force and delays starting proceeding contracts.

Working relationship outside of the company

Managers will often deal with external working relationships such as with suppliers, contractors or customers, and poor communication can result in unintended outcomes. Effective communication reduces the likelihood of mistakes being made or misunderstandings, and results in employees appearing professional at all times. If managers promote professionalism in communications this will reflect on the company as a whole and will also reflect on other employees of the company.

Most often, auditory attention is directed at things people are most interested in hearing[5]. In other words, in certain situations, people will cherry-pick the information being given to them and only record the information that they prefer to hear, rather than the full facts.

This became evident to me early on in my career when I worked as a Sales Executive. Customers would occasionally ignore the information that worked less in their favour when negotiating a deal and only consider the points which worked in their favour. I realized that it was vital to be clear about all points of a deal and to document facts and figures from the outset so that there could be no disagreement later about what was discussed and agreed. As I progressed, it became clear that some colleagues could also do the same. Without clearly documenting discussions in minutes or recording them in another method such an audio recording, it was too easy for someone to say that something wasn’t discussed or agreed. Over time, this led to mistakes being made, timewasting and in some cases, unhappy clients. 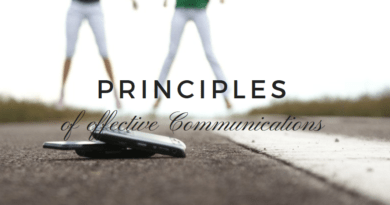 Principles of Effective Communications in the Workplace