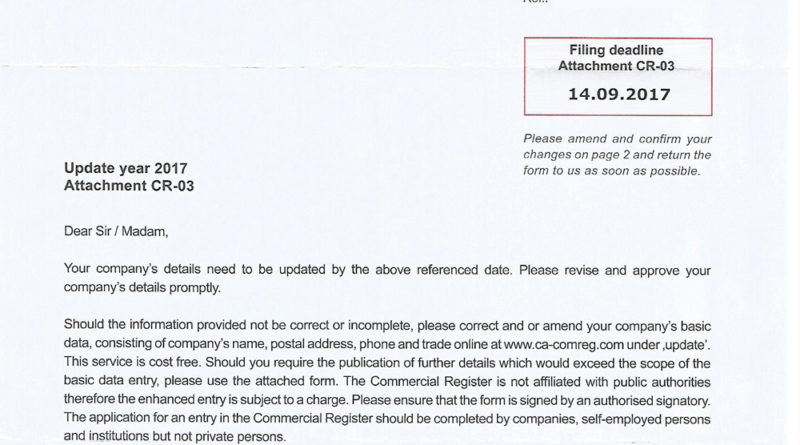 The scammers at Direct Publisher are at it again, this time with the Commercial Register Canada scam which attempts to dupe small business owners out of $1414. This is starting to gather pace and I have seen a noticeable increase in the amount of people contacting me regarding the scam.

I’ve written in the past how the Commercial Register Scam has been used to extort money from UK business owners, and now the same company have widened their net to Canada.

The scam is designed to dupe genuine business owners into thinking they are legally obliged to complete a form. The letter will arrive looking official, asking the business owner to update the details of their company and return the letter.

What many people don’t realize is that the reverse of the letter has a number of terms and conditions on it, and by signing the letter, the business owner then agrees to the terms of the ‘contract’. Part of this ‘contract’ is that the owner agrees to pay $1,479 CAD to advertise on the scammers website.

I was contacted by Canadian business owner Cathleen Fillmore who said that she began to complete the form but quickly realized that it wasn’t genuine when the scammers omitted her business registry number.

“My form says Commercial Register Canada which is name of the Canadian government and it says to update my business information. When I began to fill it out, they didn’t seem to know my business registry #! So then I began to read the fine print. What a scam….”  – Cathleen Fillmore

I was also contacted by Donna, another Canadian business owner, who confirmed that the letter was marked ‘Commercial Registration Canada’ and the return address was to Direct Publisher in France. She says that DP are getting very clever and this document actually looked legit.

What to do if you receive a Commercial Register Canada letter

The most important thing is not to return the letter.

If you have returned the letter, don’t enter into any correspondence with Direct Publisher. They will threaten to sue you. They will send you letter from supposed law firms (none of which will be genuine). They’ve never taken anyone to court as they know that their contract is unfair.

You certainly shouldn’t pay anything.

Beware: Infoserve are NOT calling you on behalf of Microsoft 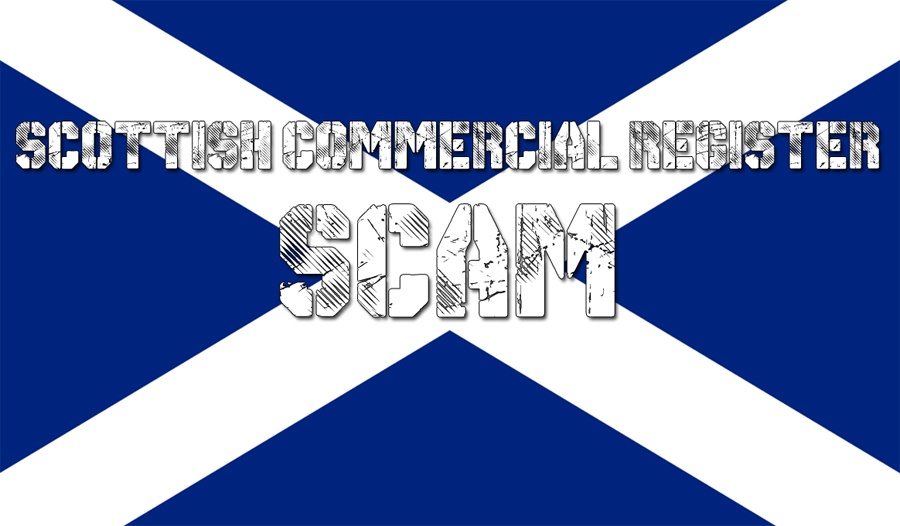 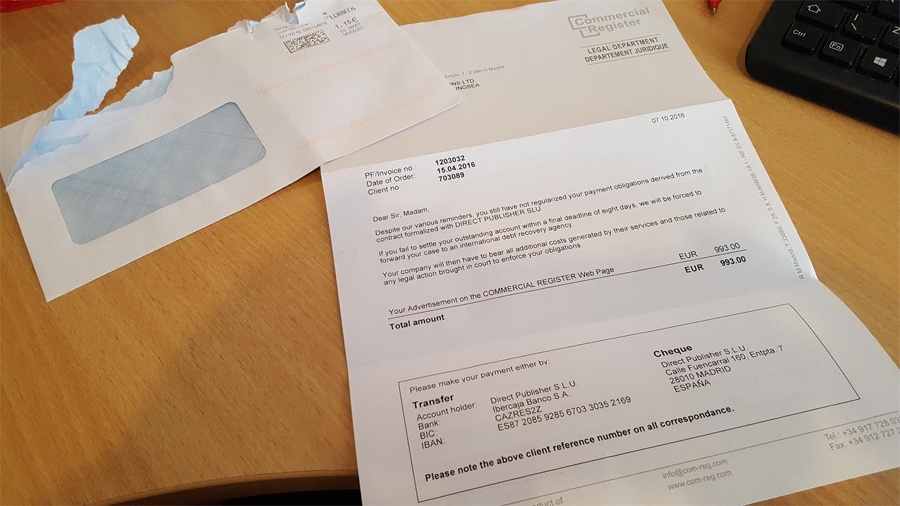