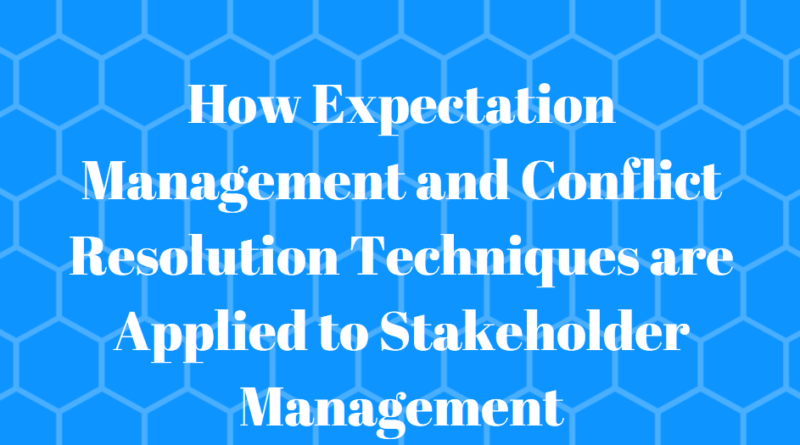 Managing conflict (and applying the correct techniques) will vary depending on whether the conflict is between stakeholders outside of the organisation, inside the organisation or a mix of both inside and outside. As always, good communication is key to insuring all stakeholders understand where a project is and what the next steps to achieve the final goal are.

Where there is conflict between stakeholders, managers need to understand what each party wants, why they want it, what it’s priority is and any assumptions a stakeholder may have made (I.e. analyse needs). Once these are understood, managers can try to look at ways of providing mutual gain for any conflicting sides. This may mean bringing stakeholders together (meeting with them) and looking at ways of reaching an agreement in a face-to-face situation.

In a simpler example, it may be easy to resolve conflict to those in the same stakeholder group by providing the same information in different ways. If two shareholders want to be able read a report in different formats it may be necessary to provide the information in two different styles, or perhaps allow those shareholders to be able to design their own reports in an information system. Is this example neither shareholder is wrong: they have the own interests and managers need to understand this when they approach a project to increase buy-in.

Perhaps the most difficult stakeholders are the passive-aggressive; those who try to influence things behind the scenes, perhaps agree to a direction but then change their mind at sign off; and it’s a good idea to try to identify them early on. These can be difficult to identify but they often display body language which gives them away. They may also be the type of person who agrees in a face-to-face meeting but then later on sends and email which completely contradicts the previously agreed goals. This can stall progress and cause conflict and early engagement and resolution of issues is vital to prevent problems snowballing into bigger issues.

It is important that managers consider that certain stakeholders can be more emotional in relation to a project that others; yet this doesn’t mean they have more influence.

A recent example is the McLaren Formula 1 team. In 2015 the team shareholders and management changed the company decided to take on a powertrain manufacturer, Honda. This, despite most fans being against the move. The result was that McLaren had arguable their two worst seasons on record leaving many fans angry and upset. However, as much as the fans were annoyed by the move the team bosses ultimately felt it was more important to put the requirements of its shareholders and sponsors first. The result was a huge drop in merchandise sales over 2 years (an important revenue stream for McLaren) and a drop in its online membership numbers. Because of pressure, McLaren decided to terminate their contract with Honda early and will switch to the more reliable and tested Renault powertrain in 2018.

Good communication is key to prevent confusion and misunderstandings. It should also be remembered that just because a stakeholder has a grievance with the organisation or a project, this doesn’t necessarily mean that their grievance is justified; all parties have their own interests after all.

Managers also need to be prepared to take responsibility when things don’t go to plan. Passing responsibility unfairly (or refusing to accept due criticism) a guaranteed to result in a lack of trust and damage relationships within the stakeholder group. 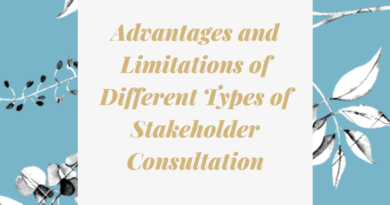 Advantages and Limitations of Different Types of Stakeholder Consultation 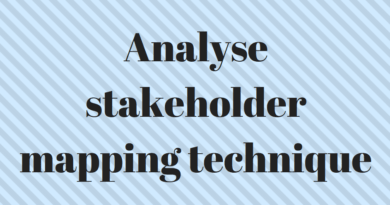 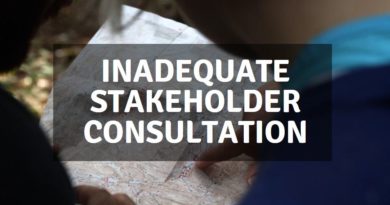